The boys in Ms. Pleamonn’s class have been reading about World War I in their English book, more specifically the Christmas football match, played on Christmas Day between the Allies and German forces. Upon further examination of the War, and life during World War I, Luke brought in documents from the war archives showing information about his Great Great Granddad James McGinn who who was an officer in the army who was killed in action in 1917 in France. Although Ireland was not directly involved in the war, many Irish men and women went to war, fighting for the allies. Thanks Luke for sharing your family history. 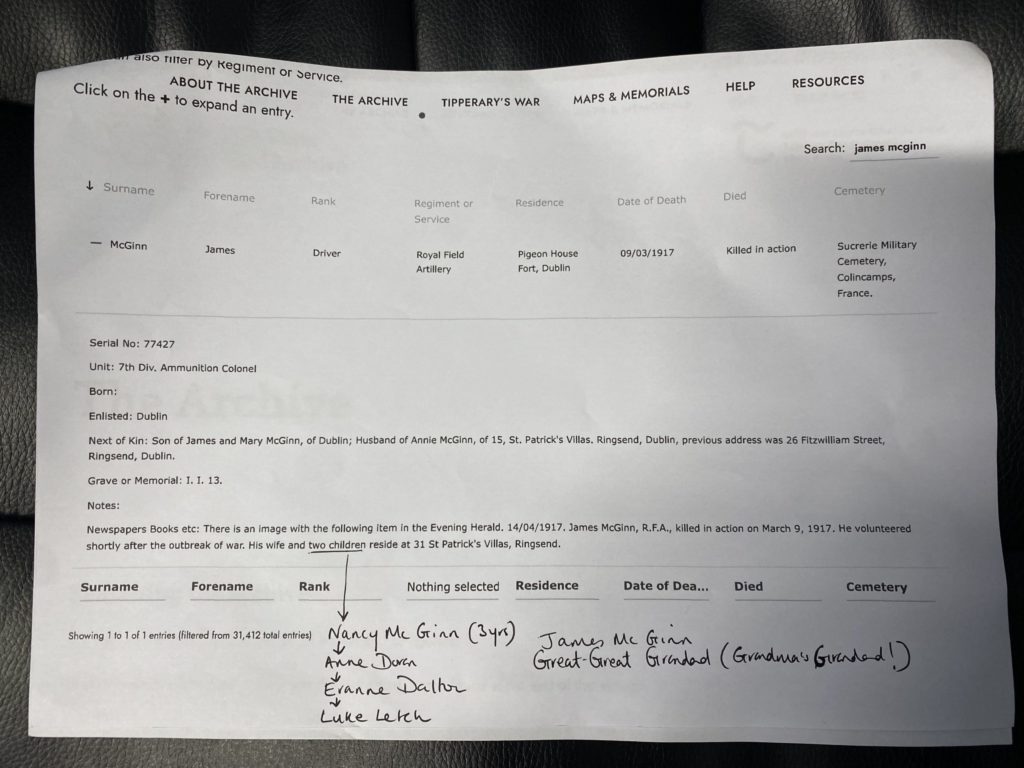