Our scientists in Mr. Cunningham’s class have been working tirelessly behind the scenes, calculating the math, working out the propulsion system and getting the ratios right for the launch of their homemade rocket. After a number of failed attempts, Mr. Cunningham managed to get the launch sequence correct and we had lift off.  Thankfully, after a brief stint in orbit, the rocket and crew returned to Earth safely. Watch out Mr. Musk, you have competition!! 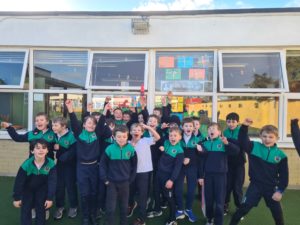 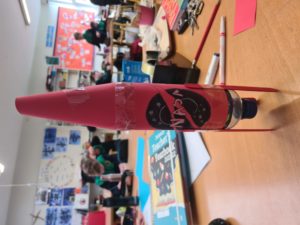