St. Pius X is very lucky to have a few very famous past pupils and West Brom Captain, and Ireland defender Dara O’ Shea is one of them. Dara’s sister Ms. O Shea was working in St. Pius before Christmas and brought in a West Brom jersey, signed by Dara. Although West Brom would not be one of the biggest clubs, we actually have one of their biggest fans. Tom in Mr. Cunningham’s class wore his West Brom kit on the last day before the holidays and was delighted to see the new jersey which hangs proudly in the corridors of St. Pius X. Dara is very busy at the moment with West Brom fighting for promotion but we hope when he gets a chance he will drop in and share his story with the boys. 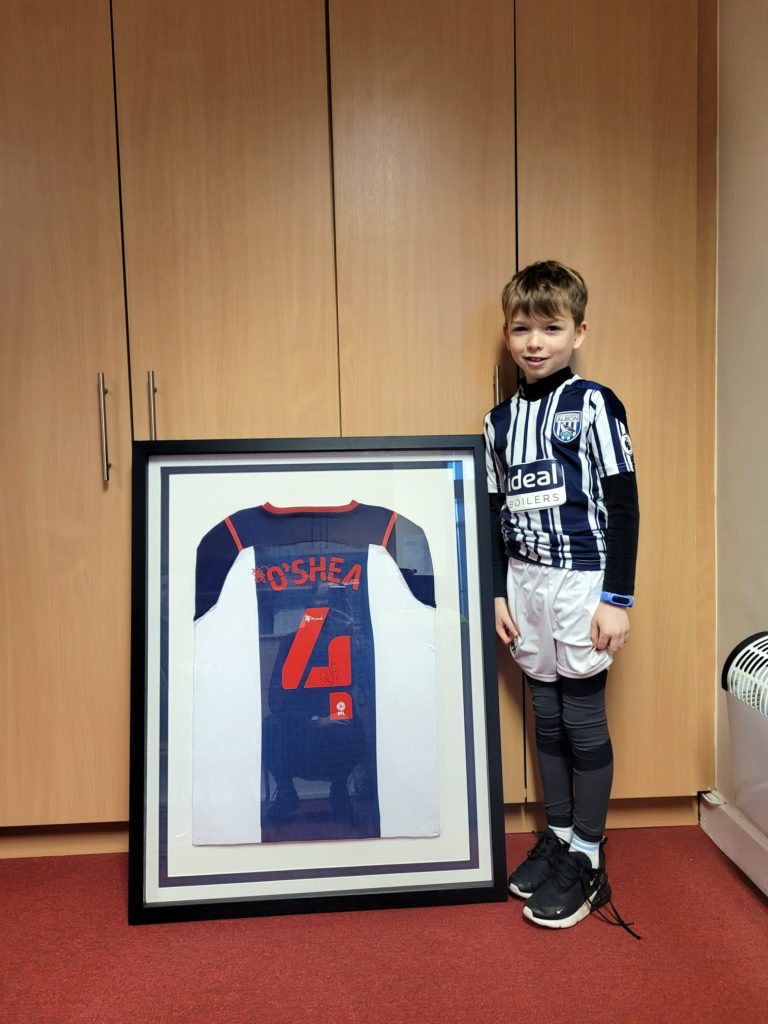